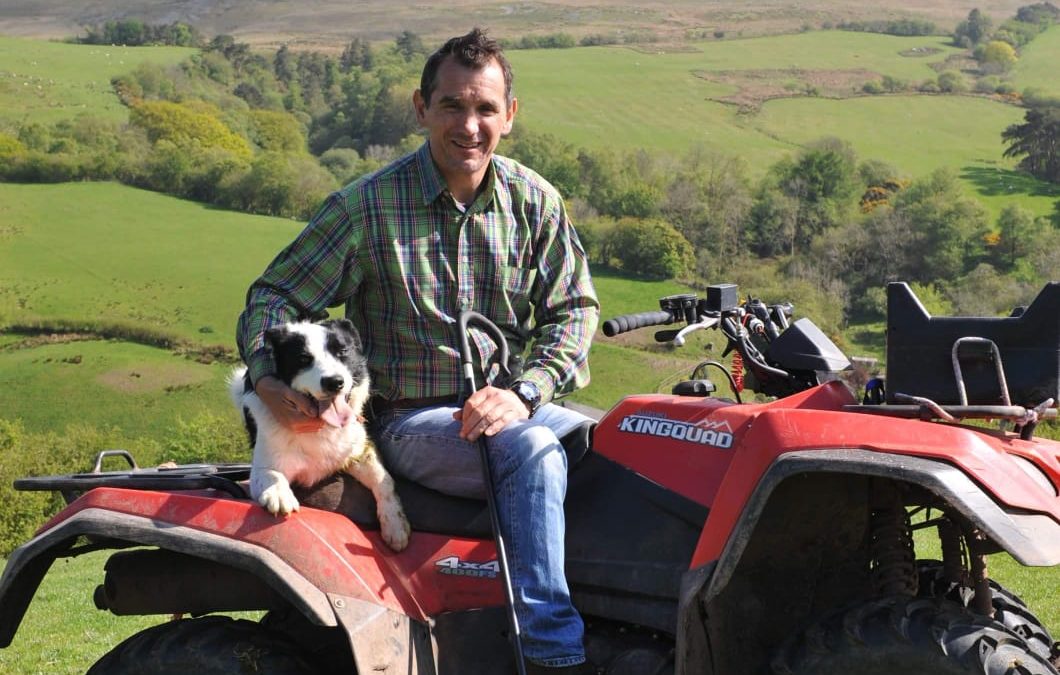 Efficiency will become the number one priority for Welsh sheep farmers during the future support transition period, says Garry Williams who farms a 700-ewe improved Welsh Mountain flock in the heart of the Black Mountains. “Farm policy continues to remain uncertain, however, the majority of farmers are able to make better use of their own resources and flock performance recording is one of the tools in the kitbag.”

Garry has a head start. He began performance recording his flock almost 20 years ago and since then, his farming business has progressively enjoyed the benefits. “Growth rates for example have significantly improved and lambs are now finishing 35% heavier at an average 19kg deadweight and within spec from 16 weeks off pure forage diets. We also have more ewe lambs reaching 40kg tupping target weight,” he explains.

“We keep a 200-ewe nucleus flock of improved Welsh Mountains ewes, we select for maternal traits combined with eight and 20-week weights. Performance recording enables us to identify and take out the bottom end of the flock; we cull ewe lambs recording the lowest 25% EBVs.”

The nucleus flock supplies replacements for two commercial flocks – 350 ewes are put the Aberfield ram with 150 ewe lambs sold annually for breeding purposes to the same unit, whilst 150 ewes are mated to continental sires.

However, he stresses performance recording doesn’t replace poor husbandry. “Good pasture management and a stringent health routine including FEC are essential for an efficient unit along with selecting a sheep that suits the environment.”

Blaencennen, Llangadog, his 295-acre unit, stretches from 850’ to 1,000’. “Whilst the vast majority of the unit is in-by, it also has common rights on the Black Mountain rocky summits so we are breeding an improved Welsh Mountain ewe that suits the environment too, consequently it’s not just EBVs, 50% of my selection criteria is based on type. In fact, I look at the ram first before I check his EBVs.

“I have purchased unrecorded rams and found they leave lambs that perform very well, while others don’t. Historically, there has been a minimal number of performance recorded rams available, however, the gene pool has considerably grown, thanks to the ProHill initiative. In turn, for the first time in 20 years, I’m seeing significant interest from farmers seeking to purchase recorded rams.

“I’m a stockman and a great believer in genetic improvement and would like to see all ram breeders join ProHill and introduce performance recording, particularly those with traditional hill breeds. We’re still seeing far too many rams fed excessive expensive concentrate, however that extra value he commands drifts as soon as he leaves the sale ring.”

He adds: “There’s many times I’ve considered performance recording demands a lot of extra work and I can empathise with other hill breeders who consider likewise particularly when labour is thin on the ground. However, the incremental gains achieved by our flock have made performance recording financially worthwhile and contributed towards a more efficient and sustainable unit. I believe similar significant benefits could be achieved if the Welsh hill sheep sector followed suit and joined ProHill.”

So far, the scheme has attracted almost 16,000 ewes, members are using some of the latest technology including DNA shepherding, to select and breed from the best performing animals, producing stock with improved genetic potential to supply the UK hill farm sector.

ProHill members are using a new Hill Index, developed by Signet and HCC which combines both maternal and carcass traits, to identify the top performing animals. Lamb performance is monitored from birth to eight weeks, giving an accurate picture of the ewe’s maternal ability, whilst from eight to 20 weeks, growth and carcass traits are measured, highlighting the lambs’ own performance. The gathered data is analysed by Signet to develop various Welsh EBVs to help producers to make more informed decisions in their selection procedures.